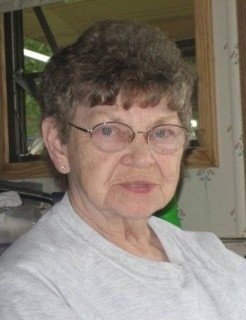 Bettie Ann Ricketts, age 91 of St. Louis, Missouri, formerly of Austin, Minnesota, passed away peacefully surrounded by her family Tuesday, October 15, 2019 at Christian Hospital in St. Louis, Missouri. Bettie was born on March 28, 1928 to John W. and Hilda (Olson) Newman in Austin, Minnesota. She attended Austin Public Schools. She worked at Ankeny Mini Marts from 1969 until she retired in 1990.  She was a member of Crane Chapel. In 2012, she moved to St. Louis, Missouri. Bettie enjoyed crocheting, word searches, bingo, and watching the Game Show Network. She will be dearly missed by all that knew her.

Memorial services will be held at 11:00 a.m. on Thursday, October 24, 2019 at Crane Community Chapel in Austin. Visitation will take place one hour prior to the service at the church on Thursday. Interment will be in Grandview Cemetery, Austin. Worlein Funeral Home of Austin is assisting the family with arrangements.

To order memorial trees or send flowers to the family in memory of Bettie Ricketts, please visit our flower store.