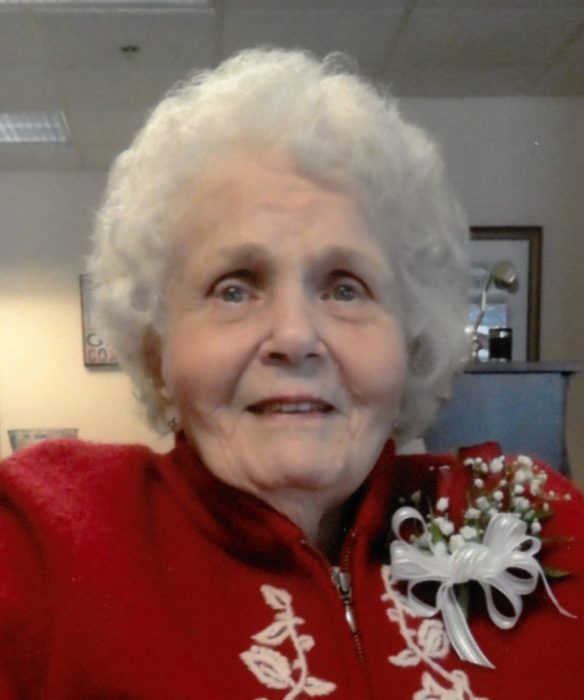 Audrey Corrine Roberts, age 95 of Austin, Minnesota, passed away Thursday, July 11, 2019 at St. Mark’s Lutheran Home in Austin.  Audrey was born September 11, 1923 in Minneapolis, Minnesota to George and Helga (Holman) Larson and graduated from Roosevelt High School.  On January 15, 1944, she married Lyle W. Roberts in Temple, Texas.   As a military wife, she followed Lyle’s 20+ year military career all over our country as well as Germany.  Thereafter, she lived in Texas, Minnetonka, Minnesota; Waupaca, Wisconsin; retiring in Austin, Minnesota.   She met many special people throughout her travels, some of whom were lifelong friends.  She volunteered at her church in whatever community she lived and was a member of their Lady’s Circle.  She was a member of St. Olaf Lutheran Church.  Audrey was a gracious hostess, oftentimes setting a beautiful table for Sunday dinner.  Her Christmas cookies were amazing and plentiful.  She also enjoyed bowling, needlework and reading.  She was a dedicated homemaker and enjoyed all the time she had with her children and grandchildren.   She will be dearly missed by those who loved her most.

To order memorial trees or send flowers to the family in memory of Audrey Roberts, please visit our flower store.