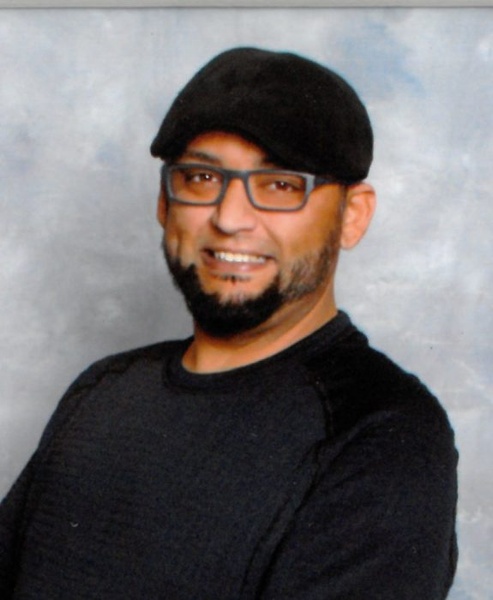 Armando Ivan Cifuentes “Mondo”, age 43 of Austin, Minnesota, passed away unexpectedly on Sunday, December 22, 2019 at Mayo Clinic Hospital Rochester, Saint Marys Campus. Mondo was born December 30, 1975 in Chicago, Illinois, to Ruby and Angelina (Perez) Cifuentes. He did his first communion at St. Edward’s Catholic Church in Austin. He graduated from Austin High School in 1995. Mondo then went on to attend Riverland Community College in Albert Lea, Minnesota for auto mechanics. He enjoyed watching football, especially the Chicago Bears. Mondo also enjoyed watching Star Wars, Hell’s Kitchen, M*A*S*H, and liked to listen to what he considered “too heavy for some – metal.” He was known to be very honest in his own eyes, and was loud and proud. Mondo was his mother’s champion. He was a champion through multiple amputations and fought till the very end. Mondo never lost his sense of humor or strong will. He will dearly missed by all who knew and loved him.

Survivors include his parents, Angelina and Tom Tschida; brother, Michael Tschida; the love of his life, Jenifer Olson; two nephews, Michael and Gabriel Tschida; and his basset hounds, Grace and Rigley. He was preceded in death by his biological father, Ruby Cifuentes; grandparents, Caroline and Eugene Tschida.

To order memorial trees or send flowers to the family in memory of Armando Cifuentes "Mondo", please visit our flower store.